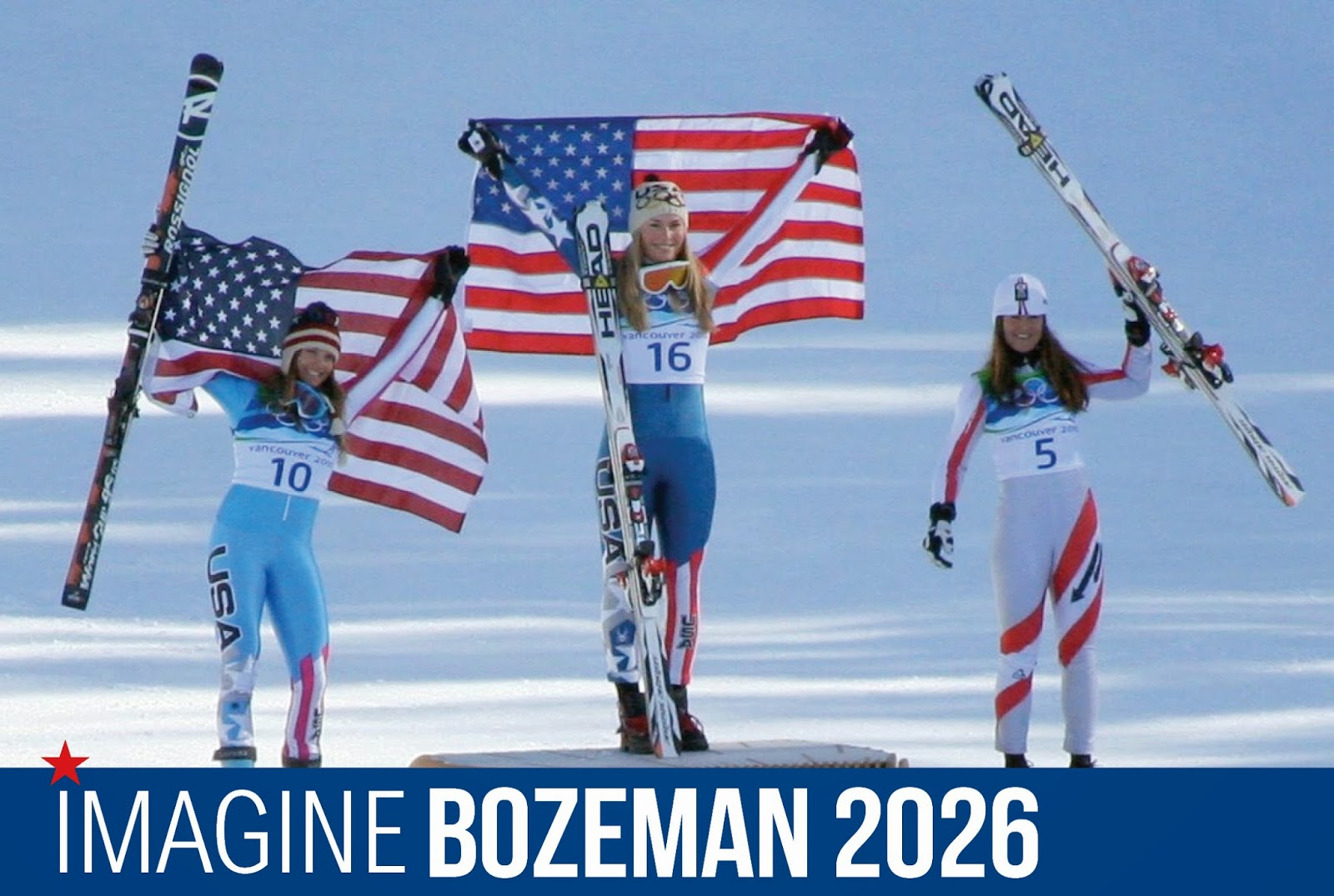 At the 2010 Winter Olympics in Vancouver, The U.S. Alpine ski team had their best Olympic performance winning eight medals.  Lindsay Vonn became the first U.S. woman to win gold in the downhill event, and Bode Miller became the most successful U.S. Olympic skier of all time.

In the halfpipe, Shaun White won gold in historic fashion.  White recorded a score of 46.8 on his first run, which proved a high enough score to secure the gold medal without a second run. He performed his second run anyway, as a victory lap, ending his run with a well-anticipated Double McTwist 1260 which he named The Tomahawk.  This second run resulted in a record score of 48.4 (50 is the highest possible score) enlarging his margin of victory. His nearest competitor won the silver with a points total of 45.0, 3.4 behind White. (wikipedia)

Would You Support a Bozeman Olympic Bid?